USP Walk of Fame member, Lisa Witzenburg, with Greg May. 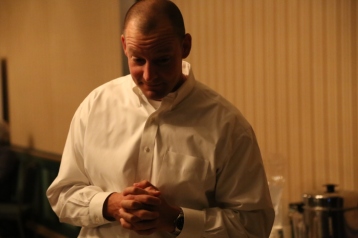 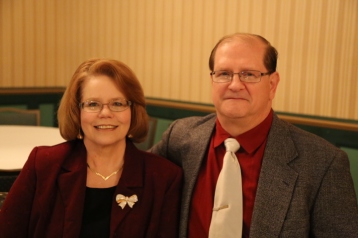 “What do you mean my set design is impossible to build?” 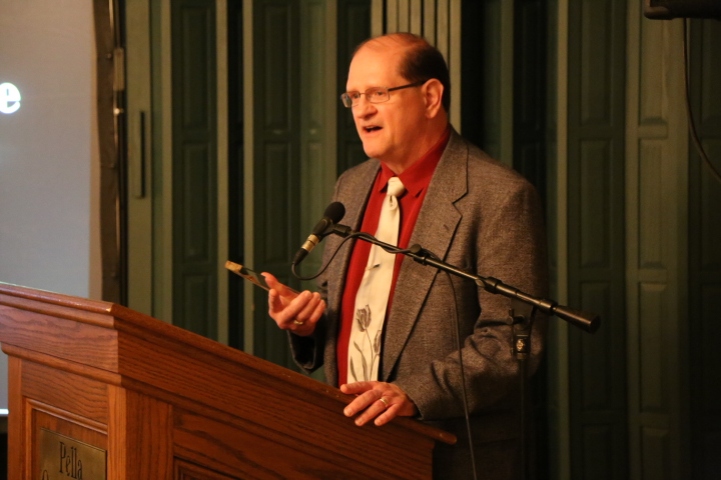 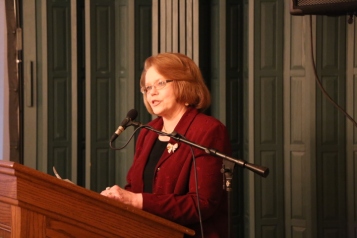 The historic Pella Opera House was, once again, the venue for our Awards Night festivities. 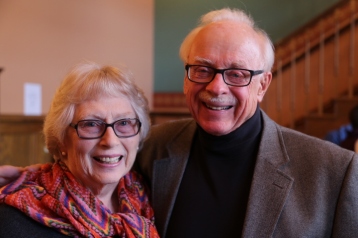 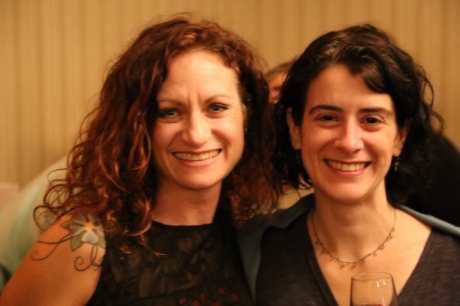 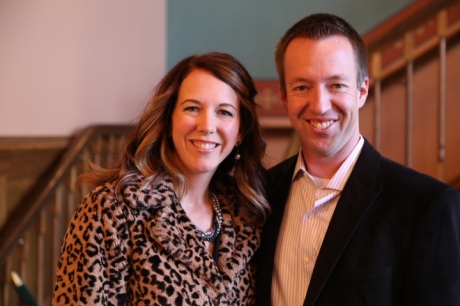 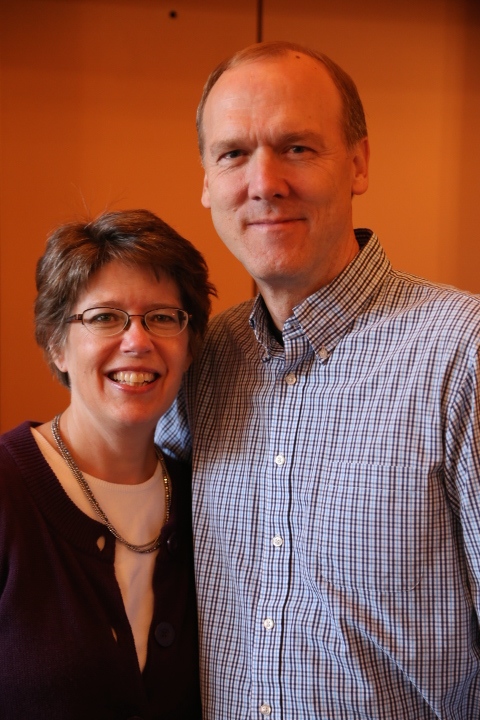 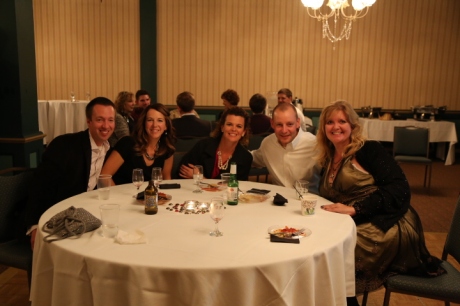 Wendy’s cheesecake is an annual hit at the after show reception!

On Saturday night, October 4th, Union Street Players gathered at the Pella Opera House for our annual Awards Night. Don Graves was this year’s inductee to the USP Walk of Fame. Don was instrumental in the founding of USP and our award winning community theatre’s early years. The evening began with a social hour. USP President, Tom Vander Well, was mater of ceremonies. A slide show highlighting USP’s three productions since last year’s Awards Night was presented. Vander Well announced that all three shows, The Best Christmas Pageant Ever, Ham Buns and Potato Salad, and Seussical the Musical were profitable productions. The slide show also honored USP Walk of Fame member, Dottie McGee, who passed away this past summer. The evening’s honoree, Don Graves, was introduced by his wife, Bev Graves, who was inducted to the Walk of Fame back in 2009. Together, the Graves represent the third married couple to be inducted, joining Pat and Peggy Moriarity and Arvin and Pati Van Zante. The evening’s program ended with Vander Well honoring Pati Van Zante for stepping up and volunteering to manage the USP Costume Shop for three years after McGee’s passing. All those who have volunteered at the Costume Shop over the years were also honored.

The evening continued in the Opera House auditorium with Theatre Central’s production of The Game’s Afoot. After the show, everyone returned to the Great Room for dessert and merriment highlighted by Wendy Vander Well’s cheesecakes. The cast and crew of the Central show were invited to join in the festivities along with Theatre Central faculty and alumni. Greetings from former Theatre Central professor and USP member, Ann Wilkinson, were shared with the group by Tom Vander Well as conveyed through Mary Jo Sodd. 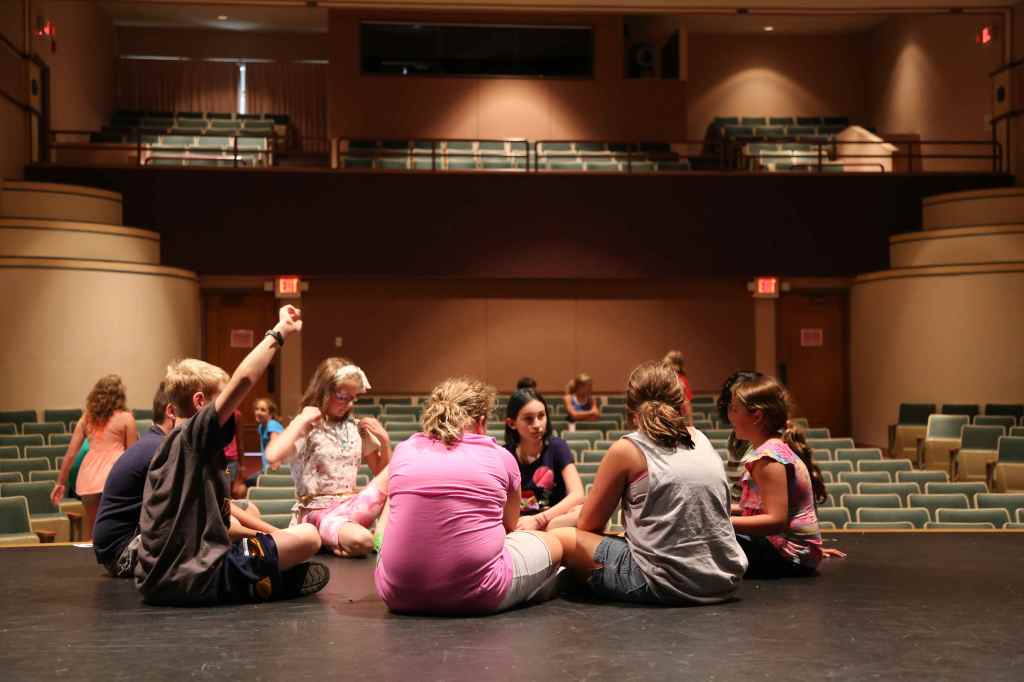 AS OF 7/29/14 at 4:00 p.m. Drama Camp is completely FULL. We are accepting no more registrations. We apologize for any inconvenience!

Union Street Players‘ annual Drama Camp is scheduled for August 4-8, 2014. Children who are entering 1st grade through 4th grade will be part of the morning session 9:00 a.m. through noon Monday through Friday led by Brystal Hopkins. Children who are entering 5th grade through 9th grade will participate in the afternoon session 12:30 through 3:30 p.m. Monday through Friday led by Suzi Jones. NOTE: Children going into 5th grade may choose to participate in either the morning session with the younger children or the afternoon session with the older children.

To register your child:

BOTH CLASSES (1st-4th grade and 5th-9th grade) WILL BE CAPPED AT 30 REGISTRATIONS; REGISTRATIONS ACCEPTED ON A FIRST COME/PAID, FIRST SERVED BASIS!