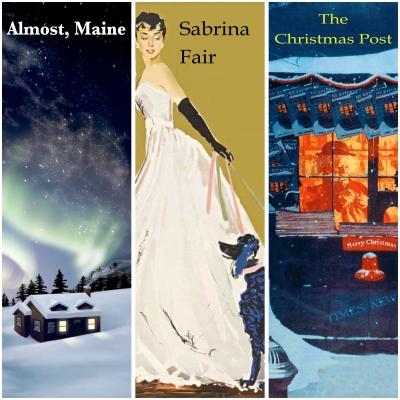 Union Street Players, Pella’s award-winning community theatre, is excited to announce our 2016 season. Each year USP produces three main stage productions in the Joan Kuyper Farver Auditorium of the Pella Community Center. Our 2016 season is an exciting mix of comedy, romance and heartwarming family fare that local audiences will love.

Our 2016 spring production, Almost, Maine, is a romantic comedy that in recent years has been produced by more high schools and community theaters than any other play. It is a heartwarming string of related scenes set in the depths of a Maine winter, and it is sure to keep audiences laughing while tugging on the heart-strings. Under the direction of Kevin McQuade, Almost, Maine will be the perfect show for date night or your small group’s evening out.

Many famous Hollywood classics began as stage plays, and our summer production will allow our local audience to experience the script that launched two popular films. Sabrina Fair is a romantic comedy that tells the story of a chauffeur’s daughter, returning from school in Paris, who upends the wealthy aristocratic New York family her father has worked for all her life. The play became the classic film, Sabrina, starring Audrey Hepburn and Humphrey Bogart and then a popular remake starring Julia Ormond and Harrison Ford. Sabrina Fair will be directed by Cyndi Atkins (who also directed USP’s Annie) and is slated for a late July production.

Our 2016 musical is a holiday show slated for the first weekend in December. The Christmas Post is a heartwarming family musical inspired by two Norman Rockwell paintings. Set during the post World War II era in a local department store, it tells the story of a young widowed mother who struggles to raise enough money to buy her children Christmas presents. The musical was a big hit for USP when it was first produced in 2006. Wendy Vander Well, who directed the original production, will returns to the director’s chair the 2016 show.

Please continue to follow unionstreetplayers.com for the latest on show dates and audition information. Auditions are always open to the public and no roles are precast. USP is a non-profit volunteer organization and is always looking for individuals who are interested in getting in on the act both on stage and back stage. You can follow us on Twitter @unionstplayers or get the latest by clicking “Like” on our Facebook page.