Thanksgiving weekend is over. Hopefully we all ate, shopped and rested to our heart’s content. Now, it’s time to get the party started. It’s show week and Annie opens in five days! I hope this video gives you a laugh and gets you ready to roll.

Monday night is a full curtain-to-curtain run through. Every cast member should review lines and songs before rehearsal to make sure you’ve got the cob webs cleaned out after a five day reprise.

A few years ago Union Street Players instituted a Walk of Fame to honor key members who have contributed to the success of USP and have gone above and beyond the call of duty. The Board of Directors chose the term “Walk of Fame” specifically because inductees have not retired, they are still a huge part of our group and USP appreciates their on-going artistic journey.

Annie provides a great example. Five of the six Walk of Fame members play roles both on stage and off: 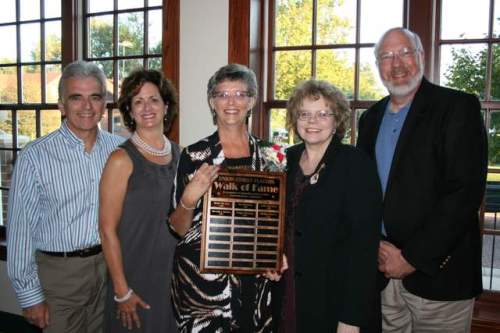 And, while the sixth Walk of Fame member, Dottie McGee, does not have an official role in the production, she is always working behind the scenes at the Costume Shop and plays an integral part in supporting the costuming of the show.

While Annie is a fictional story, the writers filled the script with historical references of very real people. In doing some investigation about the characters mentioned, I learned a few things.

Bernard (Barney) Baruch was known as the “Lone Wolf of Wall Street” who made his fortune in the stock market.  He was a financier, speculator and statesman. Baruch was an advisor to Presidents Woodrow Wilson and Franklin Roosevelt. Baruch was also known as “the park bench statesman” who would regularly walk in Central Park, sit on a park bench and discuss government issues with those who stopped by. Since Warbucks lived across the street from the park, it would have been a natural place for them to meet and discuss issues. Baruch would have been the ideal link to introduce Warbucks to FDR.

Warbucks tells Grace to “call Al Smith and find out what Democrats eat.” Al Smith was Governor of New York state and had run for President as a Democrat in 1928.

Justice Brandeis, who arrives to sign the adoption papers in the end of the show is Justice Louis Brandeis who was the first Jew appointed to the Supreme Court. Brandeis was not from New York, but his wife was and they spent a lot of time at her parents residence (which is why they would be there for the holidays).

Warbucks also sings “What other town has the Empire State and a mayor five foot two.” He is singing about New York Mayor Fiorello La Guardia who is regarded by many as the greatest mayor of all time. And, five foot two may have stretched the truth a few inches to help with the lyrics. He’s is known to have only been five feet tall.